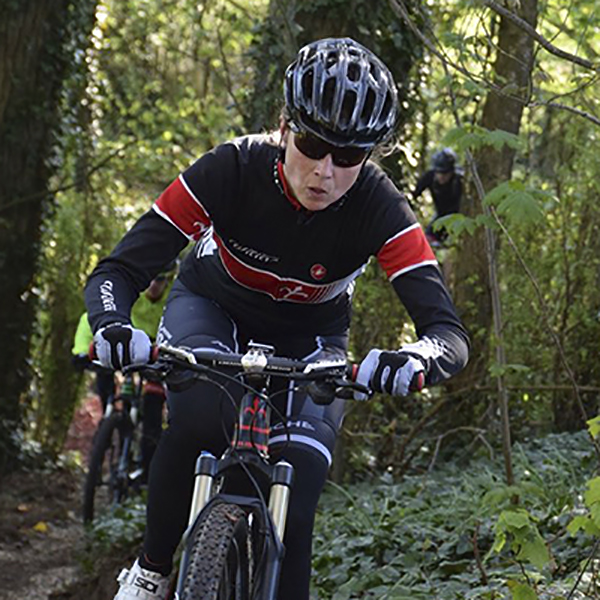 From a very early age, Edith enjoyed playing outdoors and observing nature. Not for her princess slippers but rather boots. Suffering from asthma, she was unable to practise intensive sports during her childhood. As she grew up and was treated with more effective drugs, her acute asthma declined. During her university studies, sport became a centre of interest in her life. It started with mountain bike trips at the weekend and races during the week. She was a member of the recreational section of athletic clubs for several years and took part in town races, running up to a half marathon. However, she very quickly realised that she had more talent for cycling. She then started training for the Gran Fondo and won many prestigious races such as la Marmotte.

After obtaining her doctorate at university, she decided to stake everything one last time on cycling by competing for a year in the professional women's peloton. However, she missed the social aspect of cycling trails and the mountain. After a broken pelvis followed by a long and painful rehabilitation, she again turned to her first love, mountain biking. Meanwhile, she was able to make the most of her passion for sport through her job as Brand Manager of sports brands at Omega Pharma. Participating in races is difficult for the moment because of the strain on her pelvis. Running a trail is, however, still on her wish list. But nothing is impossible, maybe a year from now she will be able to take part in one.