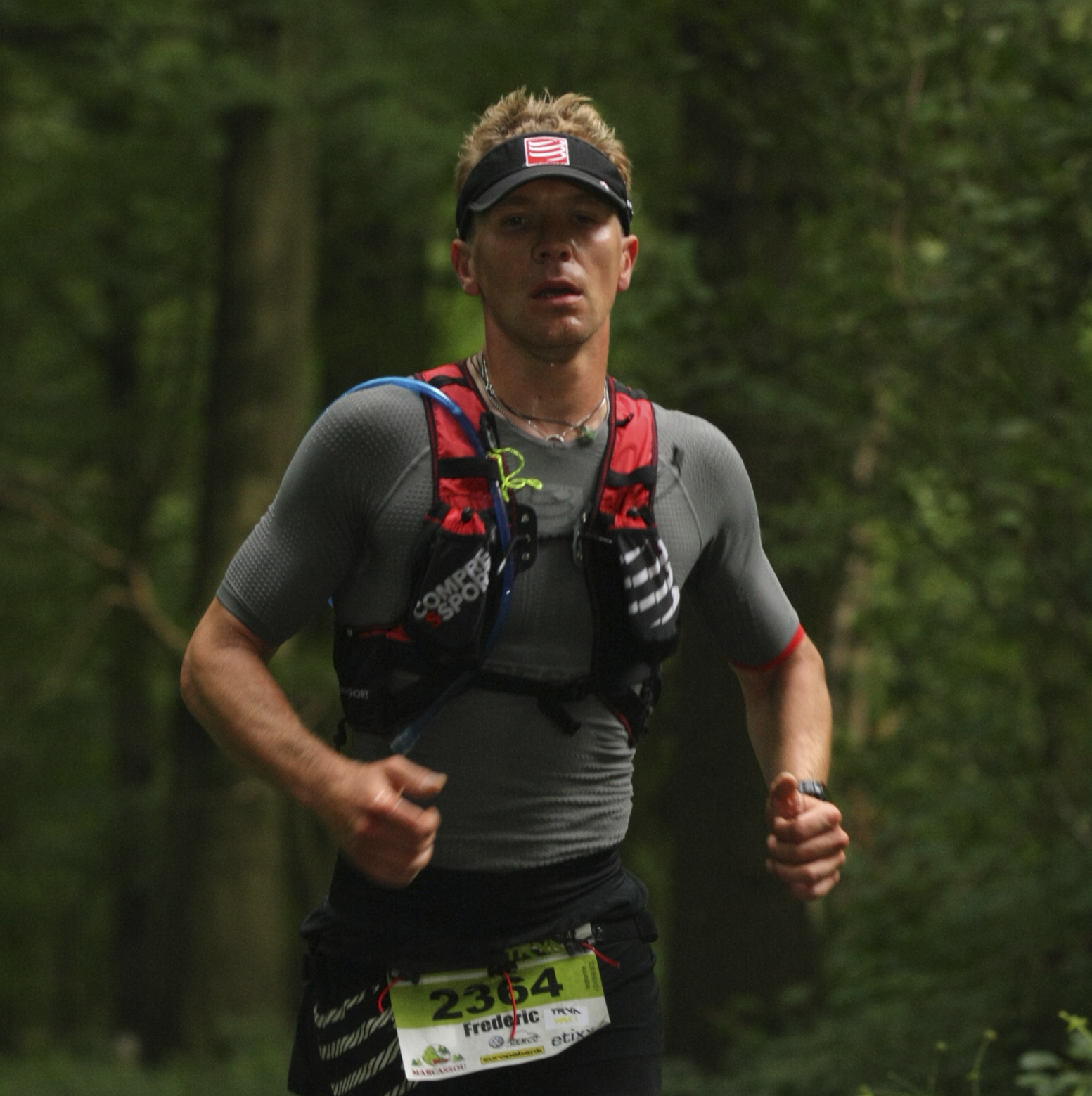 After playing football for 18 years, Frédéric turned to mountain biking at the age of 23.  He ran the UCI marathon of Saeco for the VTT team for several years in succession. When he settled down in Ghent, he joined the running association KAA Ghent.  This enabled him to familiarise himself with running.   Thanks to mountain biking, he was able to get to know the mountains, but road cycling and his Gran Fondo took over.  In addition to his regular job, he managed to devote time to his training sessions, which enabled him to be classified on several occasions in the top 10 of the most difficult Gran Fondo in the world, such as the Maratona of the Dolomites and the Ötztaler Cycling Marathon.  He was therefore one of the figureheads of the “we are better when we feel good” campaign in Flanders.  How to combine work and passion and get energy from one’s work as well as one’s passion !

For the last two years, Frédéric has reinforced his passion for sport in a significant way by working as head of sales and customer support with companies such as Compressport et Etixx in Belgium and Luxembourg. During the holidays, he systematically goes to the mountains to do long hikes and he has already started to run and to participate in trails.  In the years to come, Frédéric hopes to achieve some great challenges !