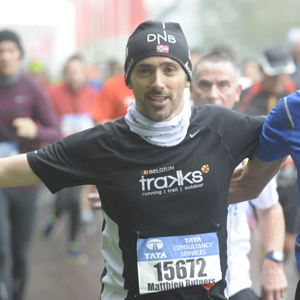 Into sports from the cradle (his grandparents owned a sports shop) he used to be fan of team sports before turning to running thanks to one of his colleagues.

This « good habit » became a real passion. This, and his friendship with Christophe, was bound to bring him to take part in the TraKKs’ adventure.

He is a born organiser and an Excel spreadsheets fan and was therefore delighted to become a Team Manager at TraKKs, a job that gives him the opportunity to meet new people every day.

As a practicing neurologist, he deals with physical and mental pain every day. He soon discovered how running can be a source of balance and wellbeing.