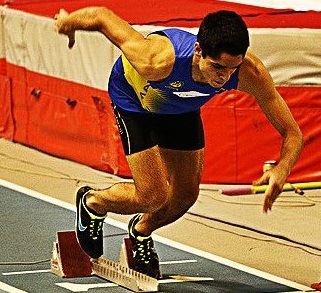 Passionate and gripped by sport since childhood, Joakim dreamt of the Olympic Games on television.

Joakim began his athletics career at club level when he was 16 yeards old, in Jambes. His discipline? Sprint and long jump.

The following year he decided to share his knowledge and began to coach in athletics (ADEPS) and to coach for the youth teams in his club.

After 3 years of training and competitions in his sprint team, he widened his scope to middle distance running and now runs his own trainings.

At the same time, he was in high school in sports and languages to later on begin his university studies in Commerce at the UCL (Université Catholique de Louvain) where he spent his third year abroad.

In parallel to his studies, Joakim dedicated his time to theatre and improvisation classes.

In 2018, with his newly acquired diploma, he decided to take on a daring challenge and decided to backpack across south east Asia for 5 month.